My wife's Vitara S has developed a rattle/ knocking which seems to come from inside the dashboard, it's intermittent and I had wondered if it was temperature related...... some days its there all day and other days it isnt there at all.

Has anyone else experienced this?

Mine has began rattling when it was about a year old and just like in your case, sometimes it rattles, sometimes it doesn't. In my case it's definitely temperature related because it rattles more in mornings (I have the car outside most of the time) but then usually stops if I drive for some time, obviously because it warms up or whatever. Sometimes rattling is triggered by driving over potholes which are unfortunately numerous on our roads.

Has anyone else had this issue? It went into the Suzuki dealer just before Christmas and they tried to rectify it. Strangely they seemed to have solved it but now the knocking/ rattling is back worse than it was before. It's due its second service in 1000 miles so I guess i'll get back onto the garage then.

Has yours had an armrest fitted?
A friend's had his arm rest fitted at a dealer as an option from new and it had an intermittent rattle, dealer had it twice with no success, i took a look and found one of the connectors that mounts to the centre console had not been clipped back into place correctly and was moving about causing a knocking noise that you would have sworn was behind the heater controls

Thanks for the tip about an armrest, though I had mine fitted for a long time before rattling started occurring, I'll return to the dealer and ask to have it checked. The sound indeed seems like coming from behind the heater controls.

As I said above, mine sometimes rattles and then it doesn't for a long time. I thought it's temperature related but it rattled even when there was warm outside.

Yes I have had the same problem, and am also convinced it is temperature related. Several attempts to locate the problem have failed, and on the basis of a noise usually comes from somewhere very distant from where you think it is, I have given up.

It's not the current Vitara, but this may shed some light on rattles...
CLICK

I'm taking my Vitara to the dealer on Monday. Not only the dashboard rattles on every drive, even the slightest pothole makes a rattling sound, but my seatbelt retractor developed an annoying sound which gets worse when driving at higher speeds. I called the dealer today and said that a car that's not even two full years old, shouldn't suffer from any of these issues and told me to come on Monday.

The seatbelt socket at the side of the centre console on my vitara seems to creak like mad lately, can't work out if it's rubbing on the seat or centre console!

On my previous car sx4 s-cross the air vent pipes used to rattle in the winter until the heater started blowing warm air! Can be very annoying and difficult to pin down exactly where it's coming from.

Silicone spray can be your friend when it comes to squeaks and 99% of rattles
I use Silkolene Pro Prep, plenty of it down all the gaps on your dash/centre console and around vents etc, leave it 24hours then wipe off the residue with a yellow duster (washed so it doesn't leave yellow bits everywhere) and it will look like factory new as well as leave a protective coating on the plastics which I find prevents scratches

I think Halfords do a cheaper silicone spray but not something I have used?

I was at the dealer's today because he called me that he has a free term.

In short, he thinks the sound on the driver's left isn't coming from the seatbelt but from the airbag but for now didn't advise to put it apart because apparently it didn't solve issues or it solved them only for a few months, then it was rattling again.

The dashboard rattling is supposedly present in both new Vitara and S-Cross, and was also a common issue on old Grand Vitara, he says. In the following week he'll take apart a dashboard on another Vitara which rattles, then he'll contact me to see if anything can be done.

Too bad the silicone spray in the link isn't available here, there are some others of the same brand, though so maybe I'll try one of these.

If rattling comes from center vents, or from centre part of dashboard try to put some foam or rubber material (or something like this aliexpress) between windscreen and dashboard, I have put 10x1cm piece of foam just above sunlight sensor and rattling stopped. Another rattling comes from Head unit, there are gaps between head unit, dashboard and dashboard trim, I have added some rubber and foam tape to fill these gaps and its much better. My dealer said that these weird sounds are normal for a car with such a price, so I sorted it by myself.
First rattling 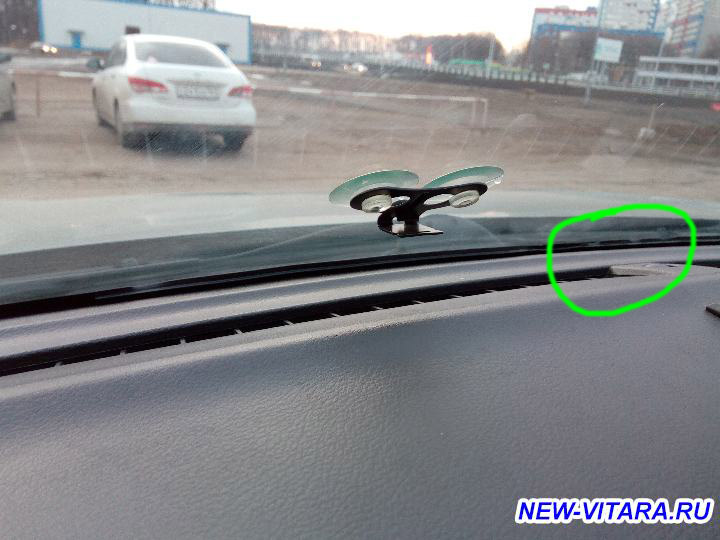 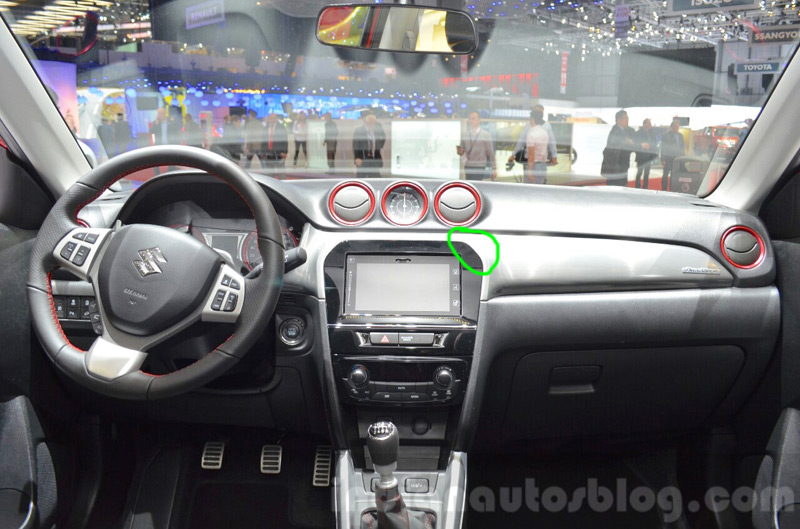 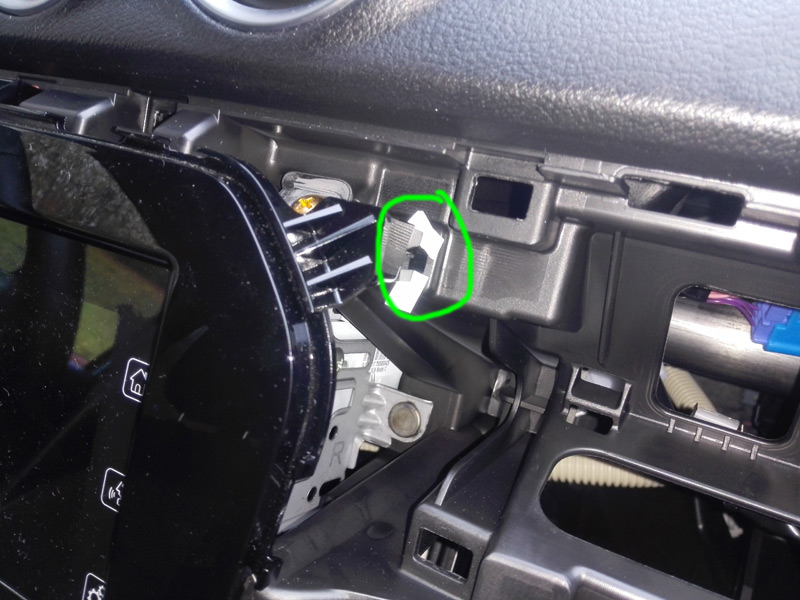 Thank you, the rattling from my dashboard is the same as what you describe under "first rattling". I'll try and fix it with the rubber strip from AliExpress.

My dealer said that these weird sounds are normal for a car with such a price, so I sorted it by myself.

Ha ha, my dealer said this too.

I have no rattles from the dash but do have one from the passenger seat back when no passenger on board. Anyone experienced similar & if so what is it & what's the cure.

Tony's here wrote:I have no rattles from the dash but do have one from the passenger seat back when no passenger on board. Anyone experienced similar & if so what is it & what's the cure.

The seat belt often "get stuck" the wrong way. Just pull it and see (listen) if the rattle disappears.

Tony's here wrote:I have no rattles from the dash but do have one from the passenger seat back when no passenger on board. Anyone experienced similar & if so what is it & what's the cure.

It's the seat belt buckle rattling against the internal plastic trim of the B pillar.

No it's from the inside of the seat back, if I give it a bat at the back I can hear something rattling.

Get the dealers to take a look ,apart from the seat frame and headrest the only other possible item to rattle i would think is the airbag?

Cheers, could be headrest internal frame, unable to see a way to access so dealers it is.

In my case the rattling sound comes from the airbag, the dealer confirmed this though it's been quiet for the past two days and I was driving on some really bad roads. Still, I know it'll return in a few days. Anyway, I've become used to it by now and the funny thing is that when I drive someone else, usually colleagues from work, only I "hear" the rattling sound, only when I mention it to other people, they say "Oh this? I didn't even hear it until you mentioned it."

A colleague of mine also said that his three-years old Ford rattles much more.

So until further I decided to live with it - I'd rather not have the dealers take the thing apart just in case it might get worse afterwards.

I live in a rural area with a rough gravel driveway as access, after 18mnths/16K my SZ5 was rattle free as is my fathers 12mnth/9K S
My 6mnth/3.5k S however did start a rattle in the centre console that when i investogated was a connector for the heated seats that i had forgot to zip tie secure

As Ziga mentioned you should try some of the other manufacturers for creaks and rattles to realise how bad other vehicles are, a lot is down to recycled or recyclable plastics that are just not the quality they used to be as well as being thinner for weight saving therefore fuel economy

Thanks Ziga, sounds similar to my issue although it only rattles when the seat is unoccupied. Shows how bad the West York roads are, its always there when I have no passenger & it really bugs me