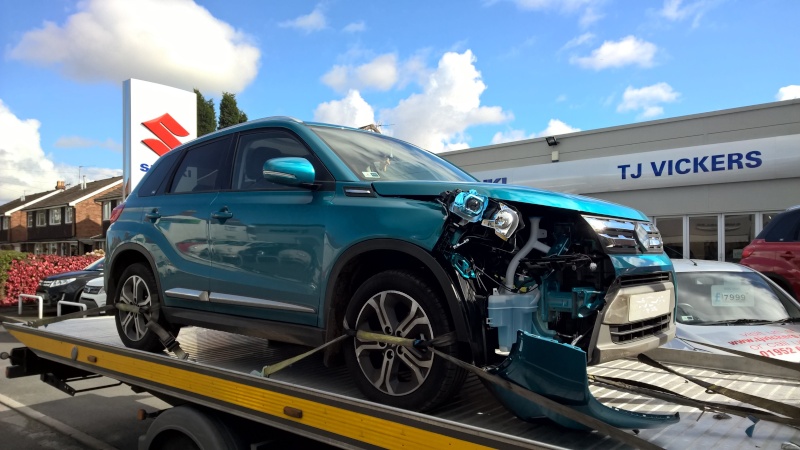 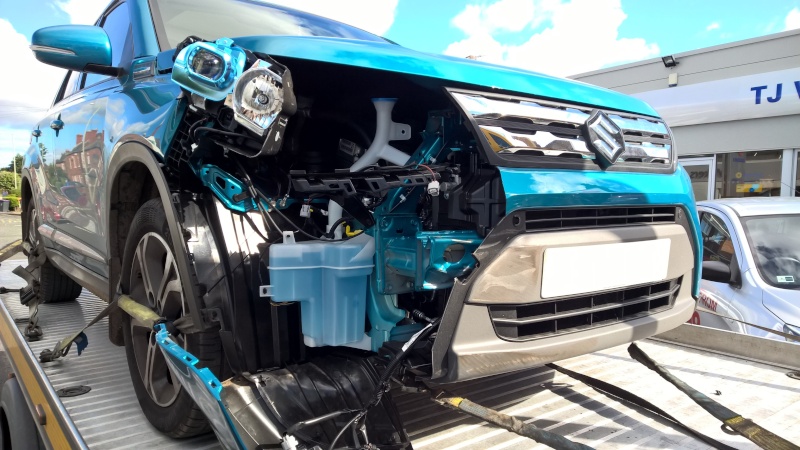 Noooo. The poor owner must be gutted. It has to be a practically brand new car

Hopefully should be a fairly reasonable fix looking at the pictures - was probably fairly low speed and looks bad because the front bumper has split but doesn't appear to have done anything major or structural - would be interested to know if the airbags deployed - they would cost more to replace than the bodywork.

New bumper, grill, headlight, spotlight, daytime running light, bonnet (could be okay) and wing and should be good as new assuming the airbags didn't go off.

No the airbags had not gone off, like you say it appears worse than it is and the bumper seemed to take most of the impact leaving what was behind quite intact

Well I have been waiting for the spare wheel to become available for several months now, so I hope their spares department is a little more efficient with body panels.

Did you order the wheel verbally or with a part number, my dealers were not aware of a spare wheel yet Suzuki Europe list 99KIT-61M00-SPW Notrad-Kit € 172,50 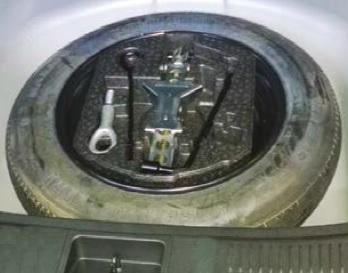 My dealer said they were on back order, as the dealership has order several around the time I collected my car few months ago