Having found the LED bulbs to be useless on main beam I have fitted Ring Xenon Ultima 120% brighter bulbs and they are superb, much better than the original halogens although nothing like as white as a LED or HID bulb but a very worthwhile upgrade.

I was going to try the HB3 LED bulbs I found with the forward facing light source but noticed they did not have any heat sink or cooling fan on them so decided not to risk them.

Have you got any photos of the upgraded? I'm interested to see the difference.

i would to see that as well

Will do as soon as I get a chance, re the HB3 bulbs with a light source at the front as well as the sides, they are cheap enough to give them a go but I am worried by lack of heat sink or fan, assuming they need one, the ones I tried and found no good had a form of cooling on the rear of the bulb so I assumed the other ones would, perhaps someone on here may have better knowledge than me and may reply.

Anyone else used & can recommend upgraded HB3 halogens, I don't want to risk the led route but would like something more in keeping with the excellent dip led's in colour & improved performance.

Tony's here wrote:Anyone else used & can recommend upgraded HB3 halogens, I don't want to risk the led route but would like something more in keeping with the excellent dip led's in colour & improved performance.

I'd like to go this route also. Don't want to risk heat problems!

Sorry all but I clean forgot to upload the photo`s, will have a go in a few minutes if I can remember how to do it! any tips might save a lot of head scratching. 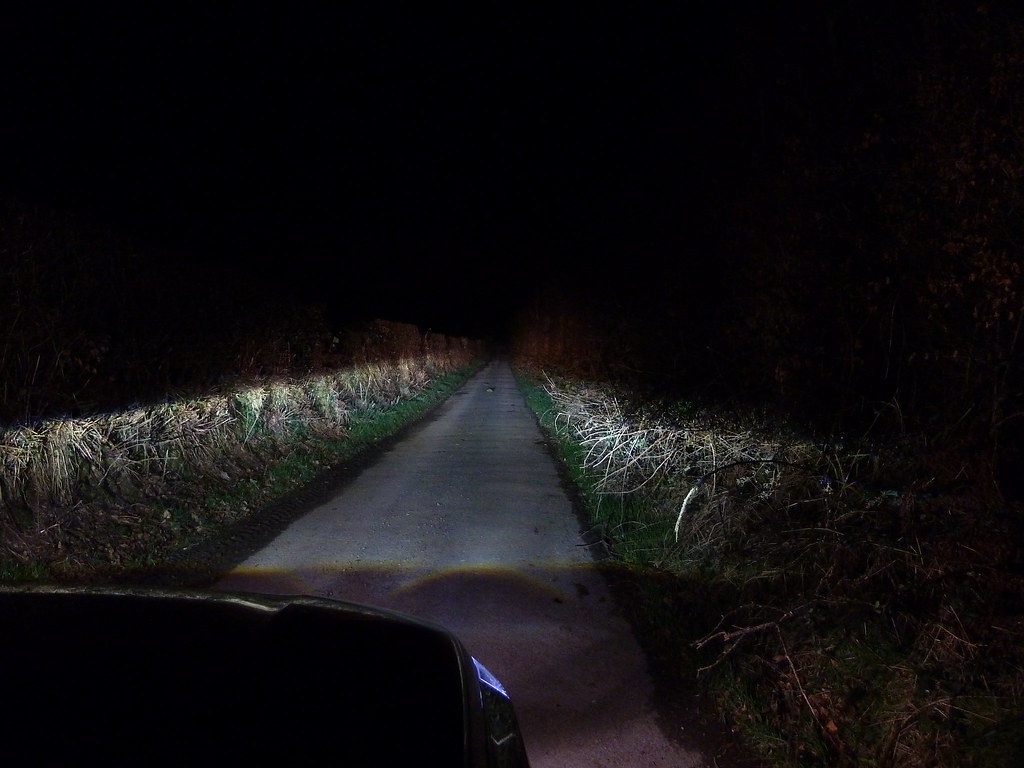 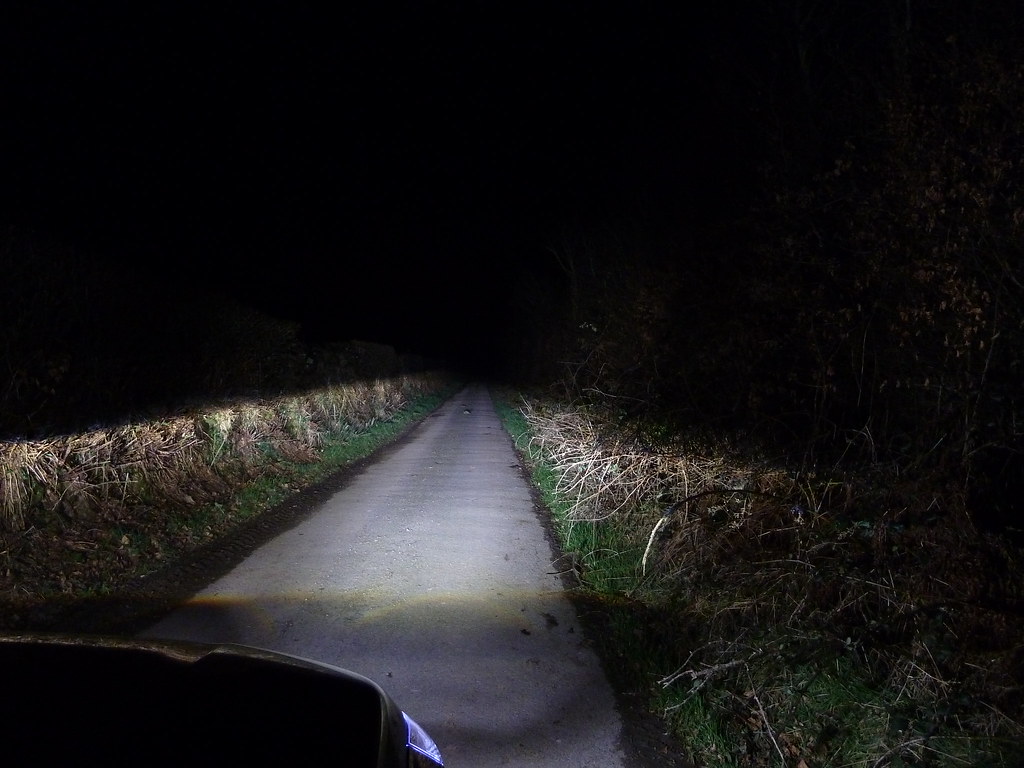 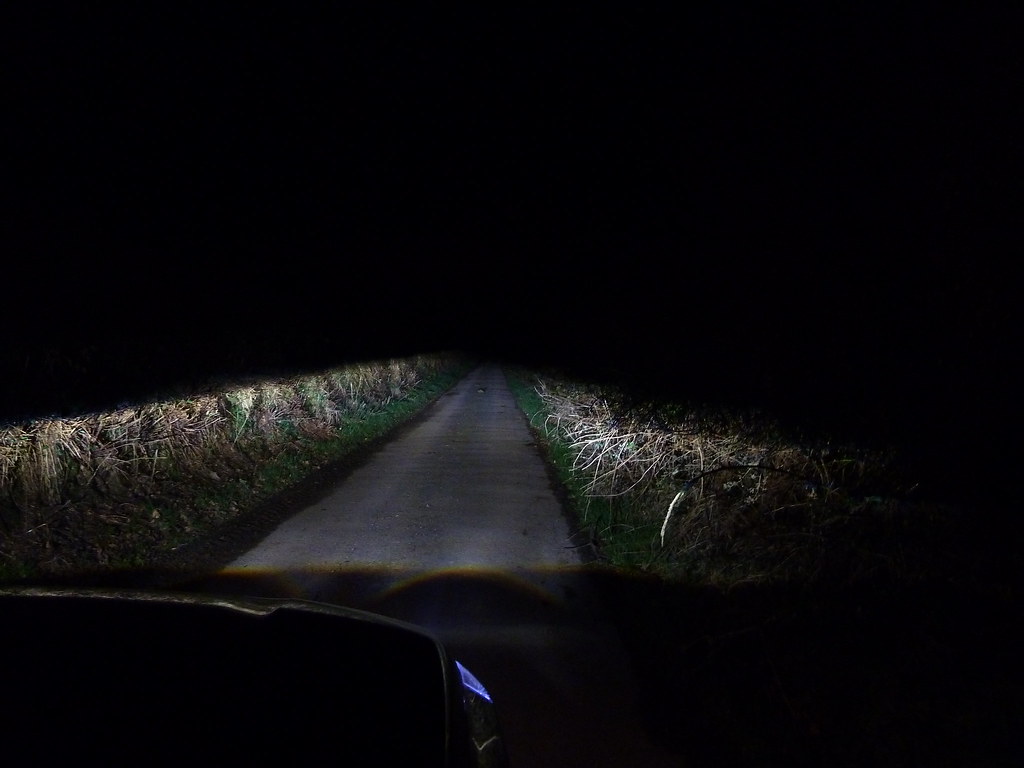 Picture 3 is STANDARD  main beam, (not it looks yellow/orange because the hedge is beech after they had turned brown) but you can easily see the extra range with standard halogen, the LED mains just flood the area in front of the car, will add some with the upgraded bulbs asap.

Please note the photo`s are in the wrong order, No 1 at the bottom, No 3 at the top, these photo`s are to demonstrate the complete lack of range of the LED main beams, as you can see they are not even as good as the standard bulbs, the road is arrow straight for about three quarters of a mile before dropping away, after spending ages trying to get a decent photo I realised I could have used the dashcam!!!
This test was done before I got the uprated halogen bulbs just to show the difference between LED and halogen main beam, as I said in my original post, any uprated halogen seems to be much better than current (last winter) LED`s  unless of course they have improved in the meantime.

What halogen upgrade bulbs did you use?

At the thread start it specifies Ring Xenon Ultima 120%.

Hillclimber are you still happy with these, what colour rendition to they give please.

Wasn't sure if they were the start or end bulb!

Rattly wrote:Wasn't sure if they were the start or end bulb!

As I said in my last post the photo`s came out in reverse order, the first photo you see (top one)  is standard halogen, next down is LED and bottom LED dip.

Tony`s here,  The Ring lights are definitely brighter but of course after the LED dip beam they will always be less intense but to my way of thinking that`s not  a bad thing, when I was competing on road rallies years ago there was nothing worse after spending a long time behind a battery of four auxiliary lamps plus the headlamps than to dip and suddenly be plunged into semi darkness, to be honest the Vitara lights are so good on dip that I don`t need much more reach on main beam, in the past I have used Osram and Philips bulbs but have had a few blow.
When I started competing in the 60`s we had the first upgrade from sealed beam headlamps to QIV (Quartz Iodine Vapour) the difference was as good as today`s LED after that it was Quartz Halogen of course .

I think the problem with Vitara LED main beam must be collecting and directing the light as there is tremendous upward scatter, you could see every bird roosting in the trees! so until a different reflector/lens combo is made I reckon the LED mains will be a no go, but who knows?

There was a very good group test of uprated bulbs a couple of years ago but the site name escapes me, hope this helps.

As you say the dip is so good the standard main beam adds little this is emphasised by the marked difference in colour between the two. More down to aesthetics, maybe a halogen upgrade with a more blue hue is the way to go.

I have fitted 100W mains , same spread pattern as standard bulbs but a white light rather than a dull yellow , listed for off road use but I think highly unlikey an MOT tester or police officer is going to notice unless they take them out to check. http://www.ebay.co.uk/itm/HB3-H11-501-100w-Super-White-Xenon-HID-High-Low-Side-Light-Beam-Bulbs-Kit-/390971271846?hash=item5b07b42aa6

Before buying LED bulbs you should watch this video.
This guy knows what he is talking about.
GS

It's 30 mins long but watch to the end, a lot of usefull information.