Recently revealed at a Suzuki show in Hungary is this 2016 Facelift S-Cross... 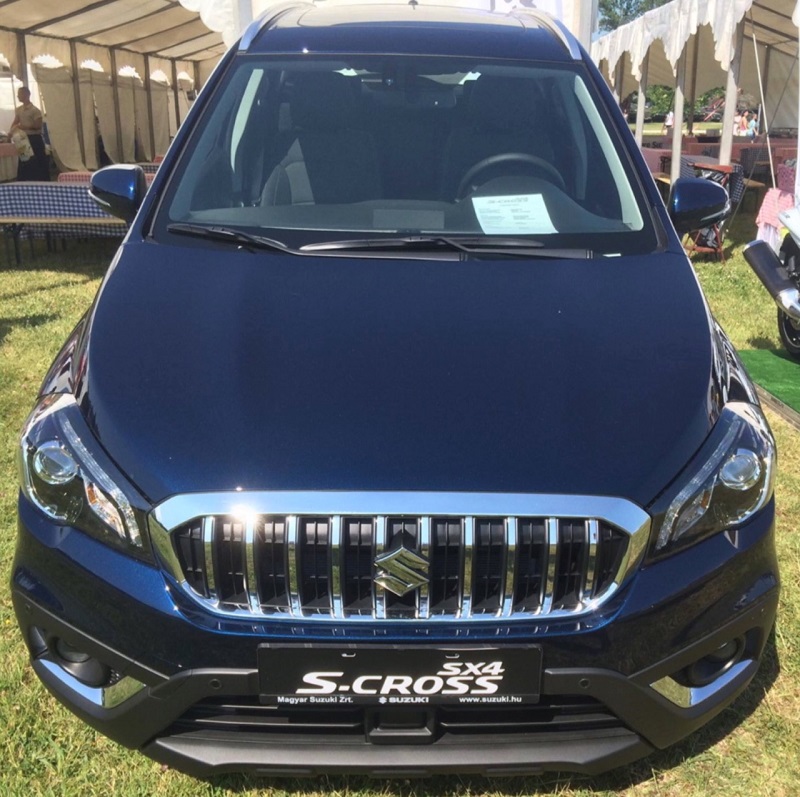 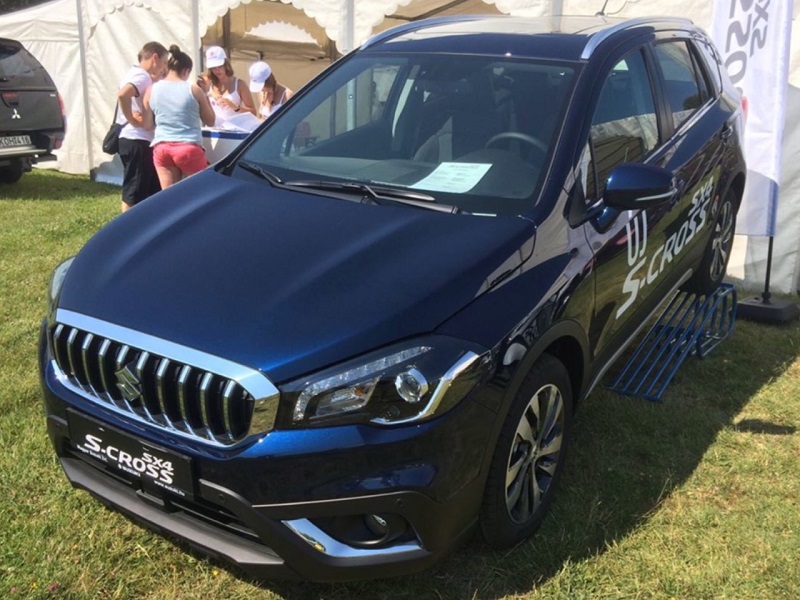 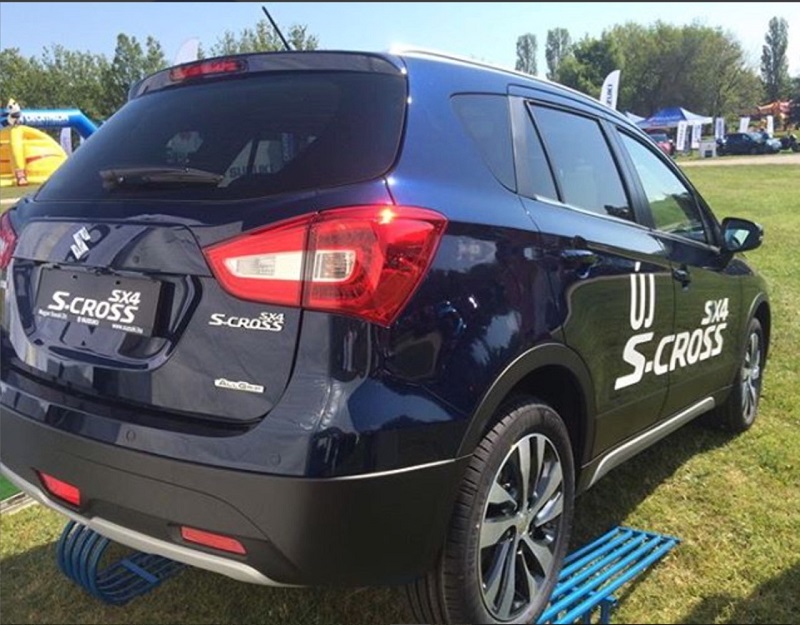 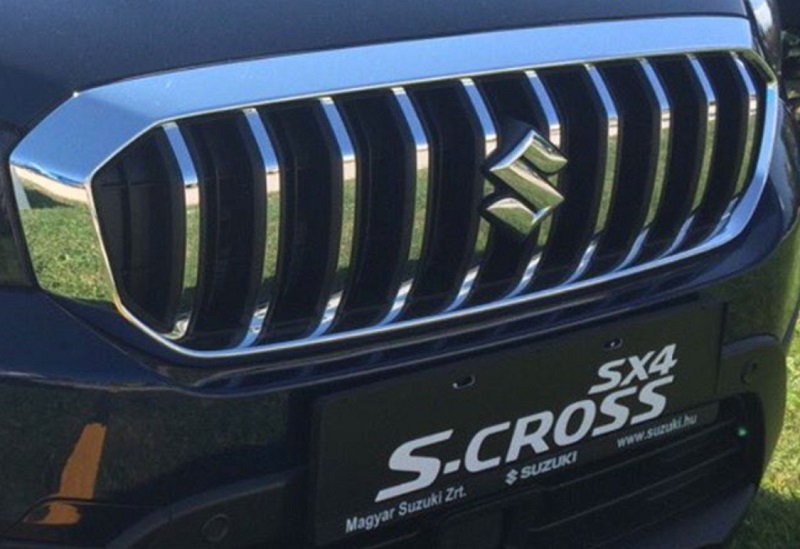 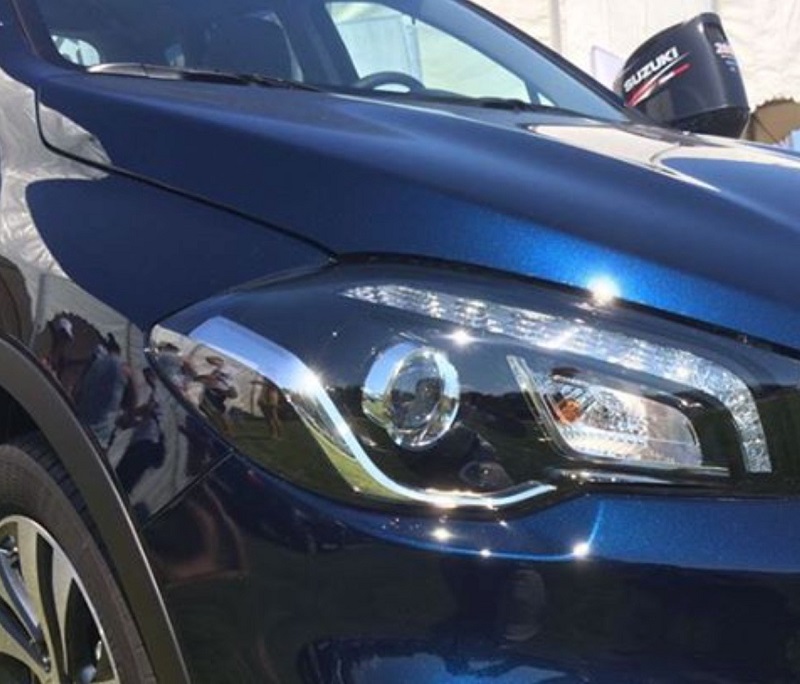 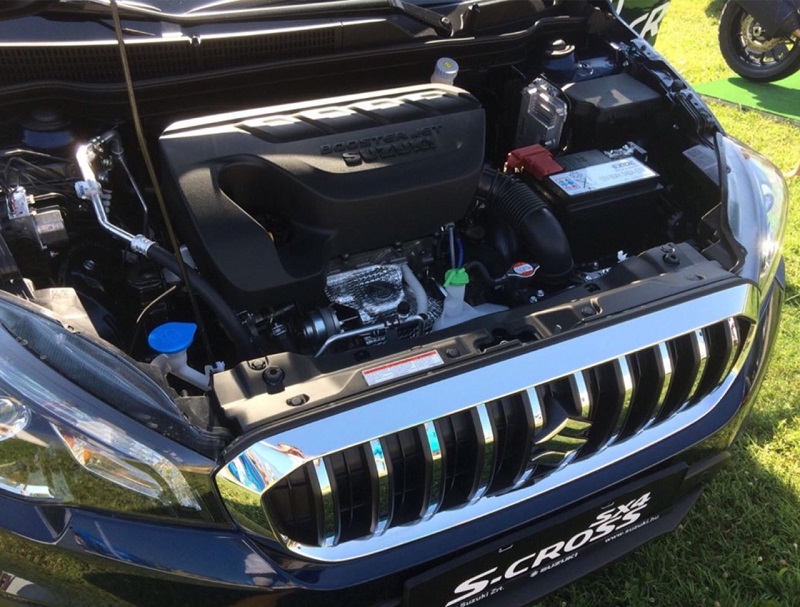 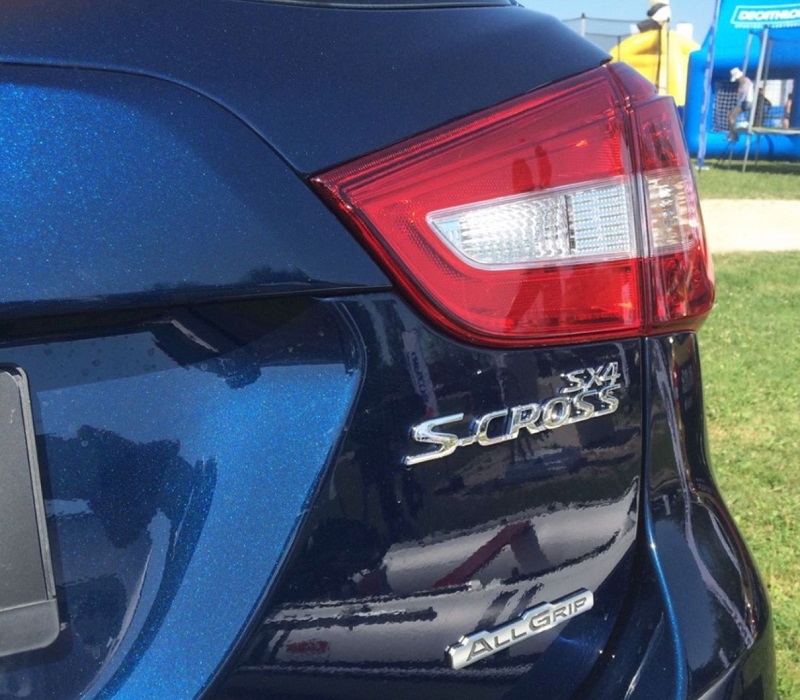 And the interior seems to have been left as standard... 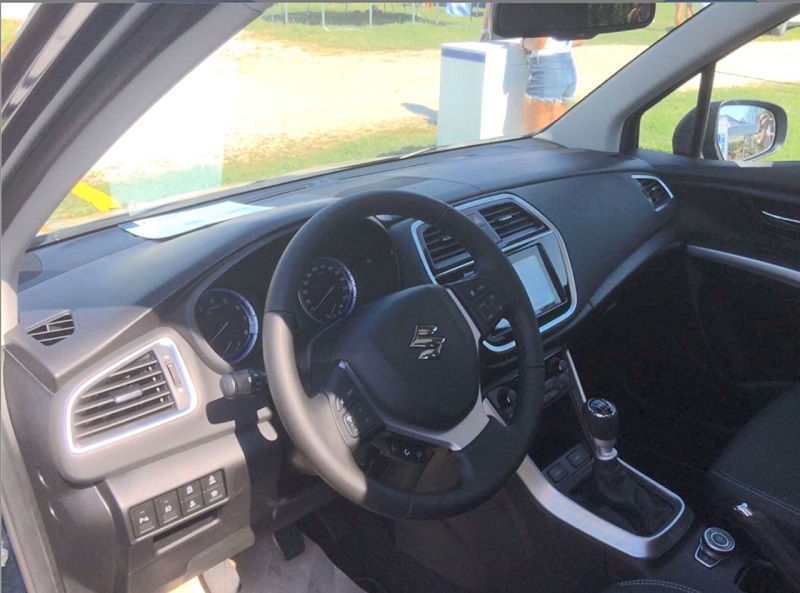 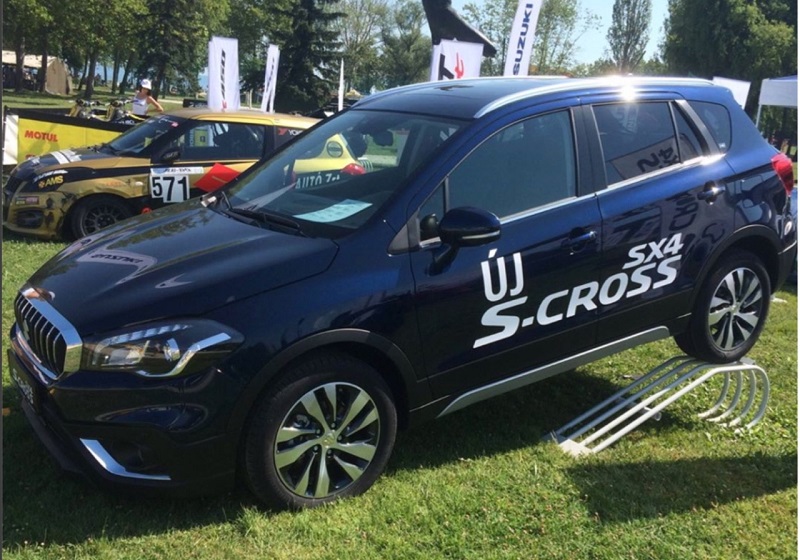 The grill looks very Jeep inspired. Nice to see a boosterjet in there mind

Horrible grille, looks like a 70`s Russian Zil or Volga.

I think they pinched the bonnet off the kuga mk1.

Wonder if the headlights are the same shape as the older version ? Mm nope that GRILL is in the way lol

I had a look at one close up the other day and it doesn't look too bad, I thought. I had the old one so I was interested.
Yes, the infotainment system is the same as in the Vitara, and it has both boosterjet engines, although on paper their performance is not very different, but they are both more economical than the 1.6. Similar 17" wheels, but with higher profile tyres, and the ground clearance has been raised by 15mm. The top one has electric seat heaters, as before, and a sunroof, also the adaptive cruise control of the Vitara.

The importer must have tortured themselves to try and put clear water between the Vitara and the S Cross, but the pricing is so similar I wonder if it has worked. You will have to pick through the the spec to decide. It's a bigger car and it looks okay I thought, in fact I rather liked the presence of it, and it has LED lights, and the halogen lights in the old car were its worst feature. Next year there will be a raft of zany looking cars from Nissan and Toyota, styled on a theme led by the current wacky Lexus. These will make the Suzy look a bit old school, but some people will like that. The S Cross is a very good car actually.
Oh, and the front wings haven't changed, only the bonnet, front valence and lights. There are LED lights at the back in some versions, but you'd be pressed to notice.

The ground clearance has been raised? is this correct? what's the difference? Id love to know anyone?

I've had 2 S Crosses, both 1.6 ddis SZ5's, all grips.I looked at the new SCross when I bought the Vitara, but wasn't taken by the new look, the old one was a great car!

zukiara wrote:The ground clearance has been raised? is this correct? what's the difference? Id love to know anyone?

Went to dealer today to collect my new GripAll S-Cross 1.6p (Built Dec 16)
Face lift model only been down under for about a month.
AWD only available with 1.6 petrol, and have only seen 1 other than mine sold/available. Plenty 2wd sitting at dealers yards.
Noticed the instant fuel burn graph was showing opposite from what it should be. Economical when flooring it & using heaps when coasting. Came right when I held the right button down 4 sec to get into the menu & reset.
5.9 L/100 average the comp reckoned by time I got home, 200 km mainly open road.
Windscreen washer jets need raising as they aim at wiper parked position.

zukiara wrote:The ground clearance has been raised? is this correct? what's the difference? Id love to know anyone?

As well as the face lifted front bumper possibly being higher it could also be due to the tyres Ian,

Went to dealer today to collect my new GripAll S-Cross......

Congratulations on the purchase Max, I really do like the new front, tried to convince my dad into one instead of his Vitara Turbo purchase but he is old school and wasn't keen on the 1 litre Boosterjet. Seems NZ are not afraid of emissions as you still have the 1.6 petrol option unlike the UK

If you dealer is 200km away and you need to adjust the washers yourself i guess like the Vitara the FL S-Cross has the later washer jets that requires this tool similar to Vauxhall/Holden models....

Admin wrote:If you dealer is 200km away and you need to adjust the washers yourself i guess like the Vitara the FL S-Cross has the later washer jets that requires this tool similar to Vauxhall/Holden models....

Washer jets do look like they would fit that tool.
Car goes in next week for the free 1000 km "see if it is falling apart" check, so will get them to aim them at centre of screen then.
There is a S dealer only 55 km away but they offer $3 k less than other dealers for trade in cars.
Have bought 2 new from them and tried to trade in with them but I not severely brain damaged.....yet.
Greed. Total sphincters.

Admin wrote:
If you dealer is 200km away and you need to adjust the washers yourself i guess like the Vitara the FL S-Cross has the later washer jets that requires this tool similar to Vauxhall/Holden models....

This is nozzle on S-Cross.
Looks the same as one from Lasertools in the link? 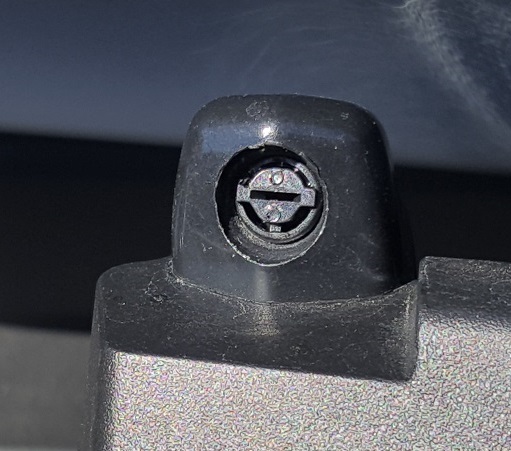 Had car at dealer today for 1000 km check & told them of water jets aimed at bottom of screen and that it is useless like that.
When check finished dude says they are allready aimed as high as they go.
On way home I give them a squirt & now left one nearly going over roof & right one still at wiper parked position.
Best I get me one of them tools and do it myself.