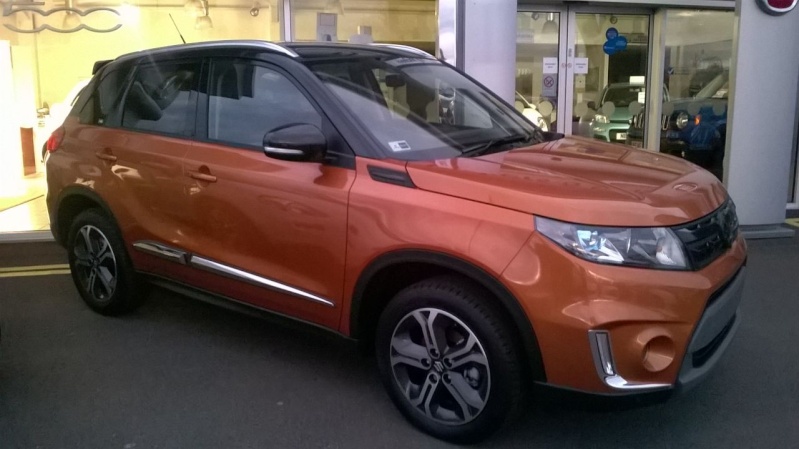 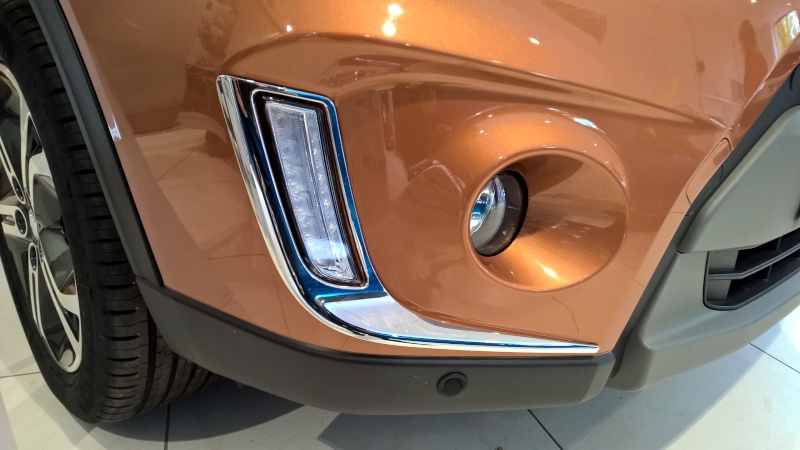 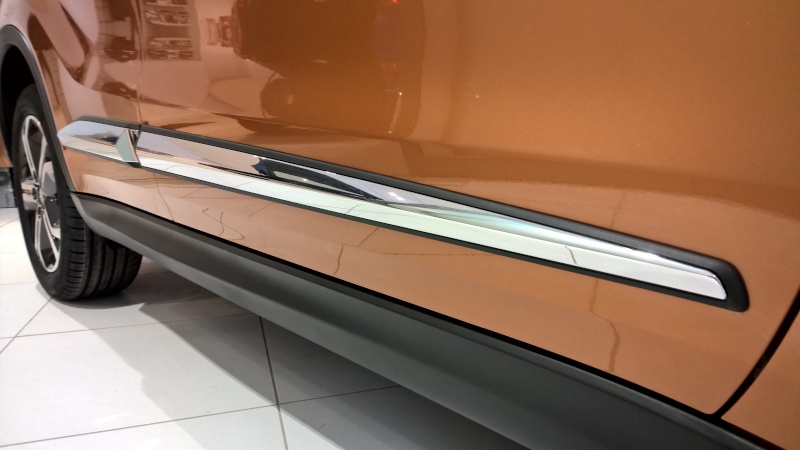 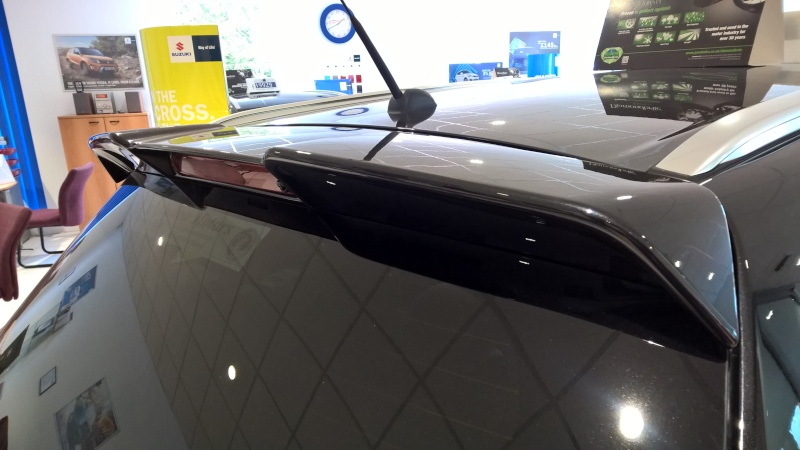 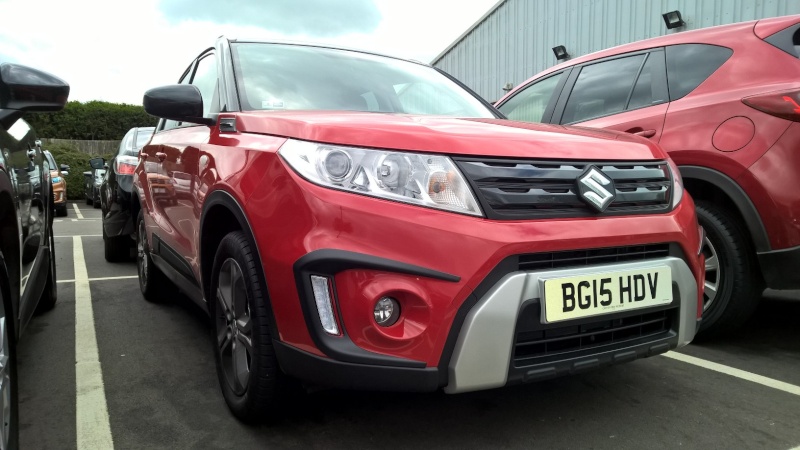 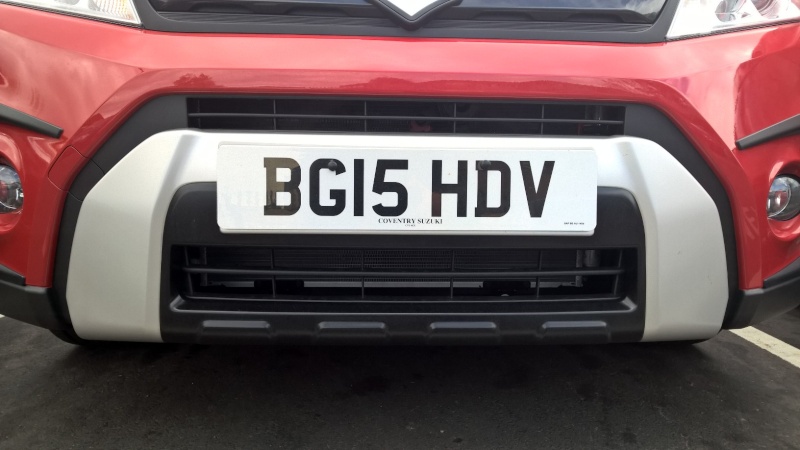 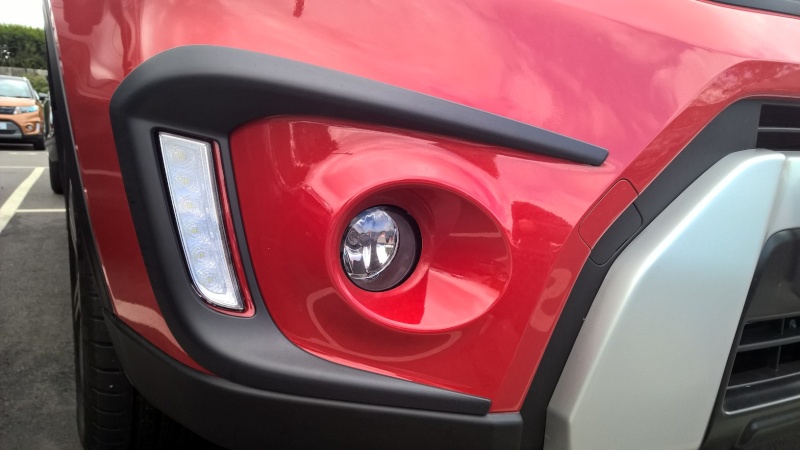 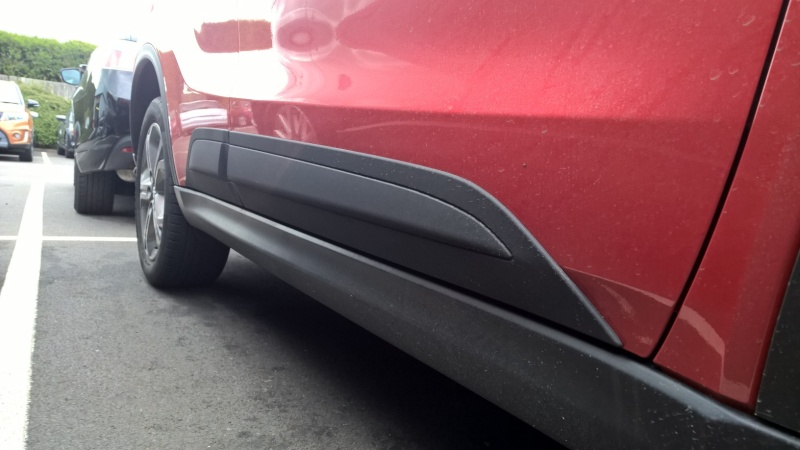 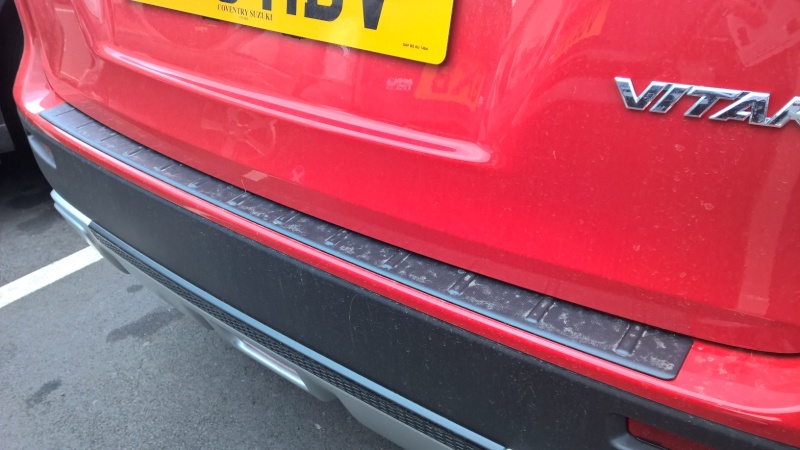 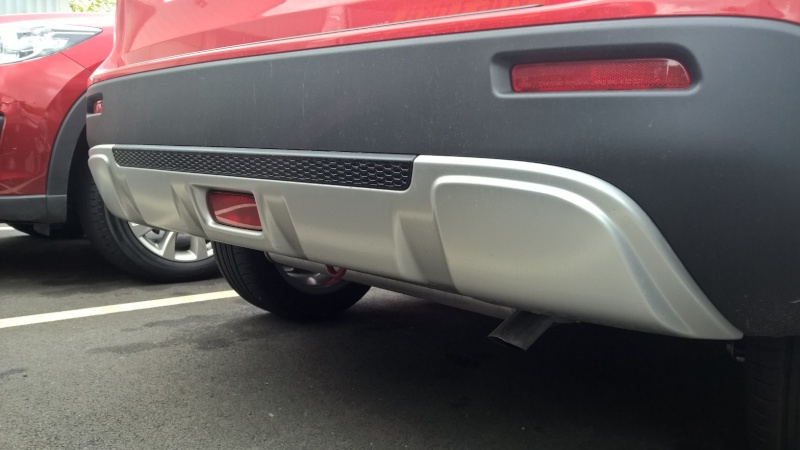 Noticed it on one of the cars in the show room before I collected mine so elected to fit the strip myself rather than have them do it.

Your 100% spot on, when I first enquired about having the Rugged Pack (May 2015) I was told Suzuki GB were so busy with the new Vitara that the cars were being shipped to dealers with the Rugged Pack in the boot for dealers to fit rather than at Milton Keynes, I also asked at this point if I could fit the kit (properly) rather than some new lad who is more interested in his IPhone than reading the installation instructions 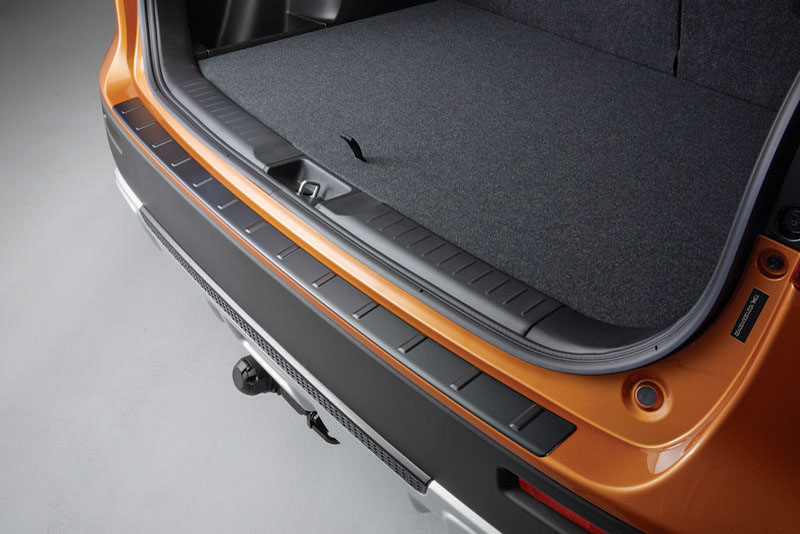 Another gripe of mine is when dealerships randomly drill bumpers for number plates when there are two perfect indents on the bumper for them to mount the number plate to, surely it would not be that hard to have a pre drilled number plate as a template , due to the angle of this shot you can only see one but most dealers don't see either 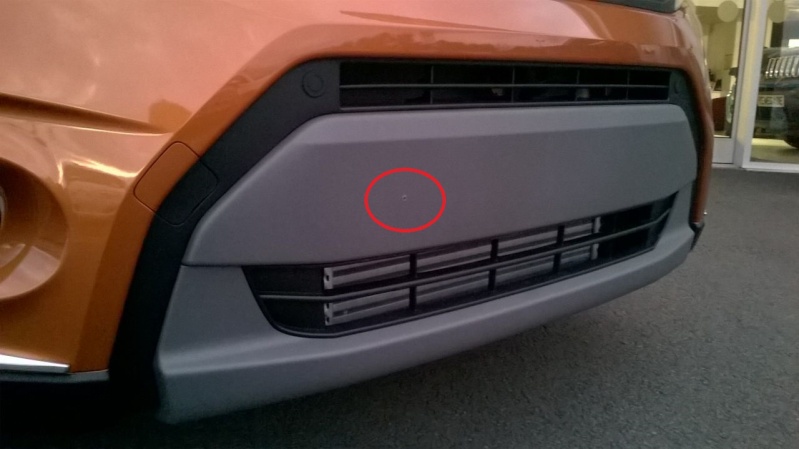 Rear number plate on was an issue on mine when I picked it up.

They had fitted the license plate so high up - the black sponge blocks stuck on to the boot lid to stop the licence plates from rattling stuck out from underneath the plate itself by about 1cm which looked stupid.

Sales guy said the holes where pre-drilled in the boot lid.

It only took me 10 minutes to sort but would of thought that would be an obvious one for them to fix before delivery.

I saw exactly the same on an S-Cross last week, UK standards are just not what they used to be, even worse is when the dealerships make excuses as tho you are the one at fault for complaining

Do you have any pictures of your Vitara to share in the Members photo section?