Been in the market for an automatic compact SUV for a while.  Vitaras have been looking good due to their fuel consumption.  I'd previously test-driven an AWD, petrol SZ5 but didn't get chance to enjoy the ride due to the unfamiliarity of it all.

Anyway, I'd organised back-to-back test drives today to get an objective measure of the two cars - particularly around their throttle response.  I drove a mixed urban and motorway stretch and pushed each car to their engine limits.  Weather was crappy, but gave me an excuse to play with the safety gizmos as well.

Drove the petrol auto SZ5 first.  Felt great to drive it again, really smooth and assured.  I was struck by how comfortable the ride was (didn't pick up on it the last time) and how balanced the suspension was.  The seats (leather and suede) were very comfortable and supportive, so much so that the lack of lumbar support seemed irrelevant.

There wasn't as much room in the back seats as I'd remembered (I'm 6'1).  I was aware that the panoramic sunroof really eats into the rear headroom but I started to notice the effect it had on the front seat headroom as well.  I also wasn't particularly happy with the way the internal roofing material abruptly ends as the sunroof hole - it felt slightly detached from the rest of the interior shell.

In terms of the engine, everything felt good in the urban environment.  At motorway speeds, I did notice that the autobox seemed to be alternating between the higher gears when my speed was around 70-80 mph and even small power requests resulted in an unwanted down-shifting.  At higher speeds, I felt that the engine didn't quite have the immediate grunt for overtaking.

Took the auto S model out within 10 minutes of getting back to the dealership.  Immediate differences were apparent.

Engine noise felt significantly reduced with a more stable tone.  Pulling away at the lights at a normal pace, the engine is just more responsive, 'sharper' and more assured.  Difficult to describe, but it wasn't placebo.  Ride quality (in auto mode) was comparable.  The leather/alcantara seats were slightly less firm, which would probably work well for longer journeys.  The interior shell felt more cohesive without the sunroof and, as such, also felt a lot roomier.

The unwanted downshifting was not present and, to be honest, the biggest difference was that the gear changes were far less perceptible - even when being aggressive.  The smoothness is really apparent and surprising as it's the same autobox as the SZ5... but it just seems to respond differently.  At higher speeds, the engine sounds lovely!

On the return motorway run, while waiting on the junction roundabout, I stuck it into sport mode.  In this mode, the throttle response from standing starts is slightly ridiculous, given the slender mass of the car.  It's very, very easy to pick up pace over a short run and get carried away.  This much was apparent from just moving between the roundabout lights.  The throttle feels more generous and it's like driving a different vehicle.

Heading back onto the motorway down the slip road and I was stuck behind a truck merging into the left lane and had a bus tootling along in the middle lane at a similar speed.  No approaching cars from behind, so I managed to slip across to the outside lane and hit the naughty speeds before I'd even overtaken the bus.  Great fun!  Not sure the dealer was impressed by that manoeuvre, but it has a happy ending...

Agreed terms and prices, placed a deposit on the Vitara S auto (white).  Done and dusted.

May pick up some optionals at a later date (armrest, front guard, skidplates, door sills), but I'm very happy with my purchase.

Congratulations on the purchase and a great real life review

March 1st is D-Day, where D is for delivery!

Do you have marks on the wall at home? 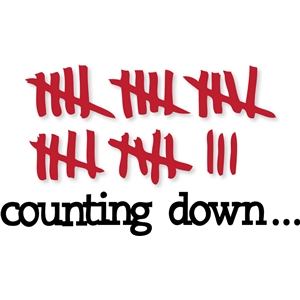 TMS, Have you got it yet?
Ordered Vitara S, black, manual on 5th Feb, still waiting.
Hoping it won't be long now.

Yep picked it up March 1st.

I got the impression that it had been in storage (probably at Grimsby, or whatever port they use), given the amount of contamination on the paintwork. Needed clay barring! Probably could have had it sooner, but decided to wait for the 16 plate.

Not really stretched the engine much, but it's been fun to drive. I'm still ploughing through the manual, which is remarkably hard work to read!

I got the impression that it had been in storage (probably at Grimsby, or whatever port they use), given the amount of contamination on the paintwork.  Needed clay barring!  Probably could have had it sooner, but decided to wait for the 16 plate.

Not really stretched the engine much, but it's been fun to drive.  I'm still ploughing through the manual, which is remarkably hard work to read!

Hand in your man card immediately. :-)

Too many bits and bobs that weren't immediately intuitive though: mirrorlink not working, engine autostop affected by some obscure AC settings, etc.

Ended up sitting in bed a couple of nights ago reading that ridiculous manual. 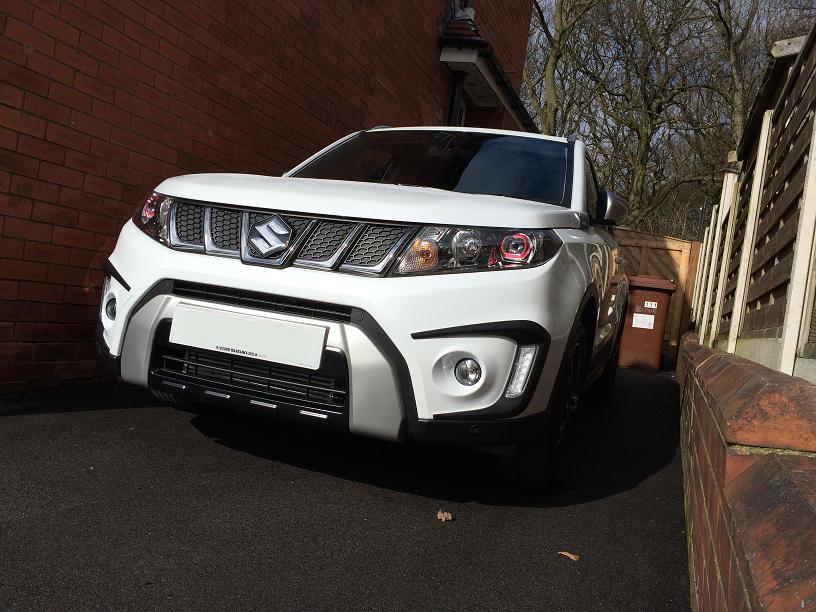 Similar topics
» home made lures
» Home made pike tackle
» home made quick release steering wheel???
» Homemade Thread ( if it cost to much so you made it yourself, please show it off here!)
» More Yamaha's Made in USA!!!!