good morning guys, does anyone know how too disable the stop /start on the Vitara please. I have looked at other forums /you tube and such and gathered some info . the dealers wont turn it off permenantly so that option is off the table. the simplest one ive seen is on a vw forum, linking into a fuse with a one way diode and then taking that feed into the stop/start switch. ive seen various ebay and you tube offerings from Europe for about £30 which is a harness and switching box. any ideas ?we must have someone on the forum who understands the workings of this and could offer a solution.

It looks like there's some sort of reed/micro switch in the bonnet latch arrangement which when, either moved out of the way or re-positioned it must 'sense' the bonnets open???

Unfortunately, part of the video where the guy alters the location of the 'green/blue switch' is not in the camera shot, also as he says in his write-up - there's no need to remove the screws that attach the black cover to the grill section.

I leave the air con on - that seems to work.

JDVitara wrote:I found this ... YOUTUBE LINK ... some time ago, but I've not been on the car to check it out.

It looks like there's some sort of reed/micro switch in the bonnet latch arrangement which when, either moved out of the way or re-positioned it must 'sense' the bonnets open???

Unfortunately, part of the video where the guy alters the location of the 'green/blue switch' is not in the camera shot, also as he says in his write-up - there's no need to remove the screws that attach the black cover to the grill section.

Jd, thanks for the info,, ive seen something like this on my travels around the forums, I think what was said in the end was if you disconnect the switch or move it away from the closed position then you get open door/bonnet light come up on the dash and it registers a fault in the ecu .

tigersaw wrote:I leave the air con on - that seems to work.

tigersaw, yep that will work everytime also if the engines not up too temp that will do it. the only thing with leaving the air con on all the time is the extra hp needed by the engine and extra fuel consumption. but it deff does work.

I will give that a try thanks for that.

I've found that if you press that button on the dash to the right of the steering wheel that says "A Off" when you start the car up the start stop switches off.

When it kept shutting down and doing it to me, i got out the car and beat it with an olive branch.
Never done it again since.

???????????? , sorry no understand. I have a mate working on this with me, he turned up this morning and said try this,,, on the battery is a 4xwire harness plugged onto the battery lead, its a feed for extra charging when the battery gets low due too stop start and such, we tried it! it works but ! the stop /start light flashes when its disconnected, so no go with this mod

, o well we tried on too the next mod. hes looking at buying a timer chip board and using it like the hungarian guy on ebay sells.i will let you know how we get on. 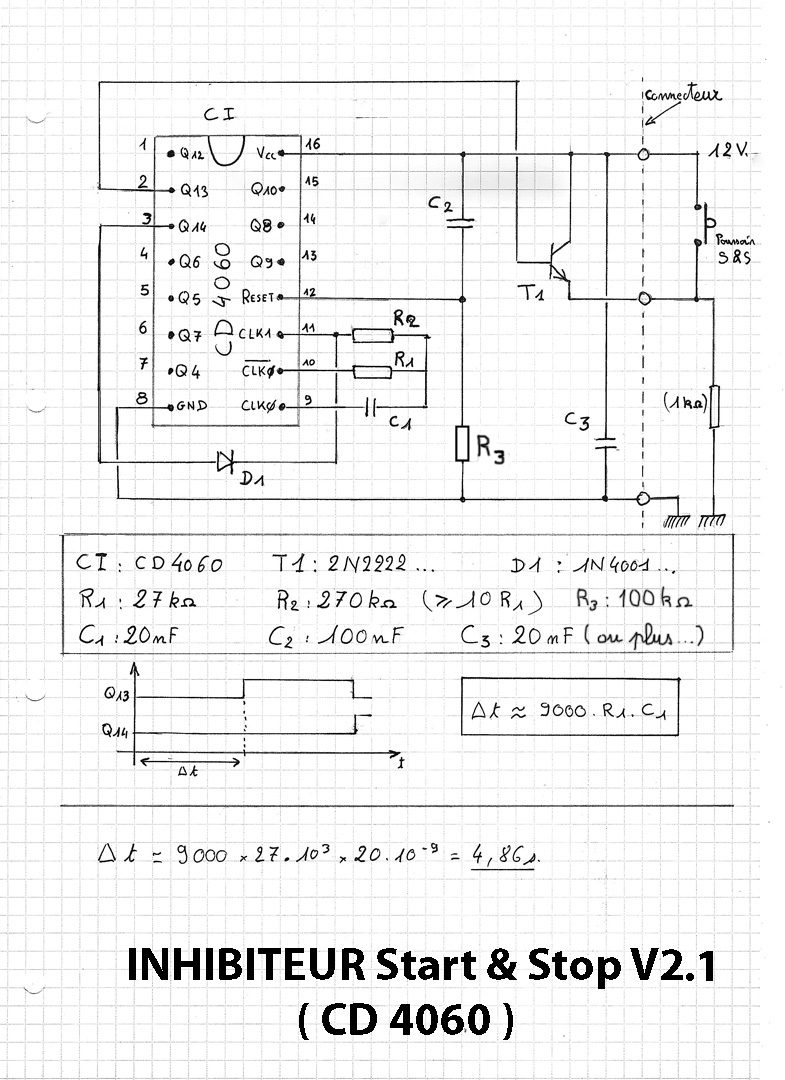 after much searching on the net and checking the car I settled for an ebay unit that fit and the back of the s/s switch. BIG problem they don't make them for the Vitara so refunded the money. back too the drawing board .

I can see how the circuit works, 4060 (ripple counter) is used to create a short pulse after a delay on connection. Not sure what the delay is, but its a compromise between leaving the gap too short and the simulated button press too long. 3 connections, two to the switch contacts and one to vehicle ground.
It could be hand made for a few pounds, but it does seem a lot of effort just to avoid pressing the switch manually.
I note in the parts list the capacitors stated in millifarad, I assume its a typo (or French notation) as they would be physically enormous, should be microfarad.

You can buy stuff off Amazon Japan using a middle man service such as buyee who would buy it on your behalf and then post it to you for a fee.

If you search some sellers on Amazon Japan they do ship to the UK and can bypass the middle man fee's, there are also several ebay sellers from Japan such as wwwisicarcom who will list items you ask them for, i had an HKS Silencer for my Jimny sent this way 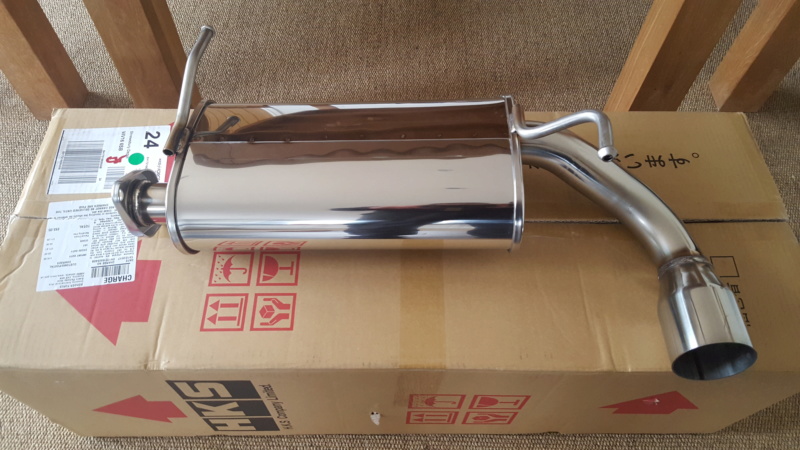 Another item listed for a YE21S Escudo...

If you need a price, contact him by his email listed in the SHOW MORE section of his description.

Note that the module only works on the full size switches as per the video, not the half size ones. I emailed him a year or so ago and he wasn't able to help me.

Leave the stop/start working, think of the children

You have the values right here:

I note the added C4 for supply line filtering

I've learnt to modify my braking so as stop/start rarely kicks in.