Hi everyone, we purchased our new Vitara in January, picked it up in February and its been stood on the drive ever since except for some occasional local use so not a lot to report.

A bit of history, we had a few Rav 4's over the years which were good but were getting pricey and in 2015 we really wanted a new Vitara as a second car but they were a couple of months away so gave in to the missus and got a Mini Paceman Cooper S All4, nice enough car but appalling ride quality. In 2017 the need for rear doors meant the Paceman was swapped for a Countryman Cooper S All4. Disappointingly the ride quality was just as bad, the rear suspension in particular was very harsh and noisy, much worse than a fwd version. The sat-nav was frustrating to use and the engine used more oil than petrol, apparently 1 ltr per 1k miles is acceptable for this engine according to BMW!

Anyway back to the Vitara, we liked the car, the dealer and in particular the salesman, nothing was too much trouble, they had exactly what we wanted in stock so bought it and then found out there was 4k off the list price - brilliant! We had them fit a rear tailgate spoiler, some decent mats and the flappy rubber mud flaps, the same flaps that were fitted to our Swift 7 years ago which have done a good job. I was tempted to fit them myself as I have seen some poorly fitted ones but after I mentioned I have chronic ocd I'm pleased to report they did a good job.

The ride quality is very good especially after the Mini's and I love how simple and old fashioned it is, I don't mean that in a derogatory way its just not trying to be something its not. If I'm going to be critical then the facelift rear lamps are hideous, the jury is still out on the infotainment/nav system (not used it enough yet) and I wish there was a digital speedo option in the instrument cluster menu.

Not sure where the picture went, I'll have another go 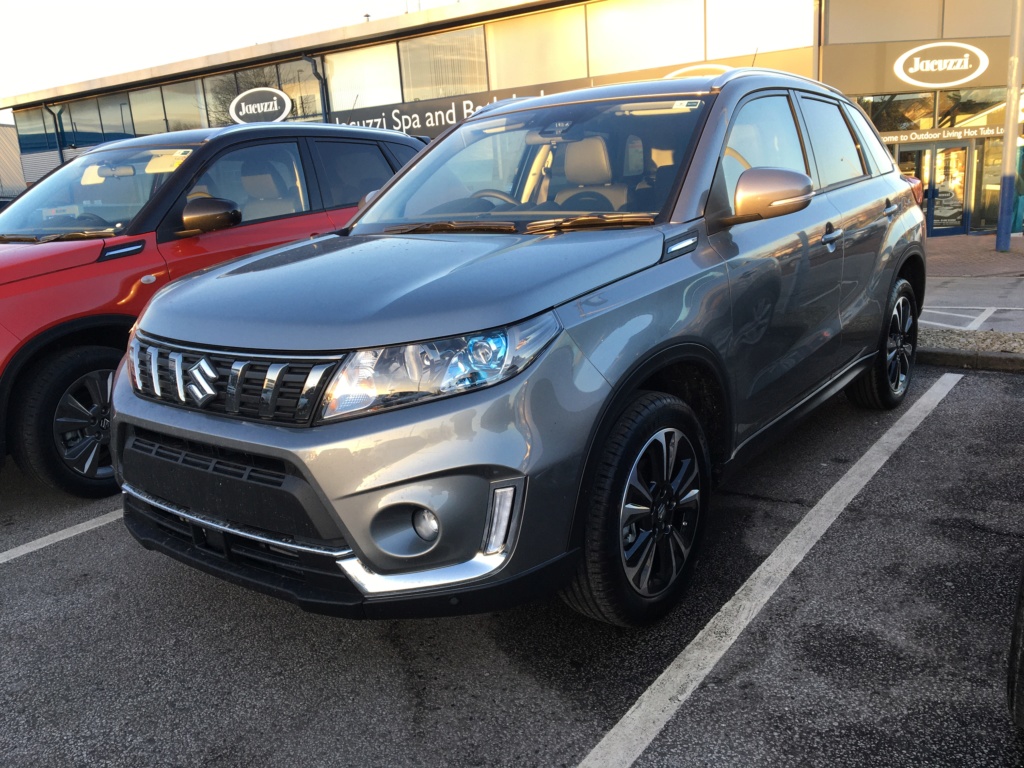 Another nice one from Luscombes I think, judging by the Spa showroom in the background.
Great value.

I hope you'll be as pleased as I have been. Bought a bog-basic SZ4 in 2015 and have still got it. Not a single problem in four and a Half years. Chuckable handling from a great chassis and lightweight body. It's so good you don't notice the cheap interior. Thoroughly old-school. At 6,000 rpm you think you have discovered something others have missed. Don't do it very often as I am getting a bit old.

very nice, the rear lights on the new model are not my cup of tea.. mine is the 2017 s model and i have had it two years now, and still love to drive it..

We borrowed a 1.0 litre 2 wheel drive for a few days from Luscombes and I was pleasantly surprised with its performance, but I think this little engine is being discontinued from the range soon.

When choosing the Galactic Grey for our car we assumed it would not be very popular, its a bit dull and boring and understated, well it seems there are plenty of others that chose this colour as well, its a popular option!

I think our car has only done about 4 miles in the last couple of weeks, I even tried it in 'sport' mode when I moved it on the drive, looking forward to having a proper go one day

I struggled with the rear lights on mine,but when I looked at the cost of buying the earlier rear lights I decided I couldn't see them when I was driving it

.maybe one day when im feeling flush I might get some. I just think it spoils the whole look of the car.  trouble is at the moment its parked on the drive all day and night going nowhere , and you get too see them

. never mind lockdown will be over soon hopefully. i love the colour of your new one.

Same colour as mine. I said I wasn't fussed about colour as long as its dull (no reds yellows etc) and ended up with the same, though the top is black for some reason unlike yours.

Yes the black roof was an extra cost option, it looks nice especially on the red and there is a greeny bluey turquoisey coloured one that passes the house every day which looks smart with its black roof.

Still not been out in it so might venture out tomorrow, I've got the day off work so will give it a bit of a fettle and maybe take some pics!

Managed a proper first trip out, only about 70 miles but really enjoyed it! 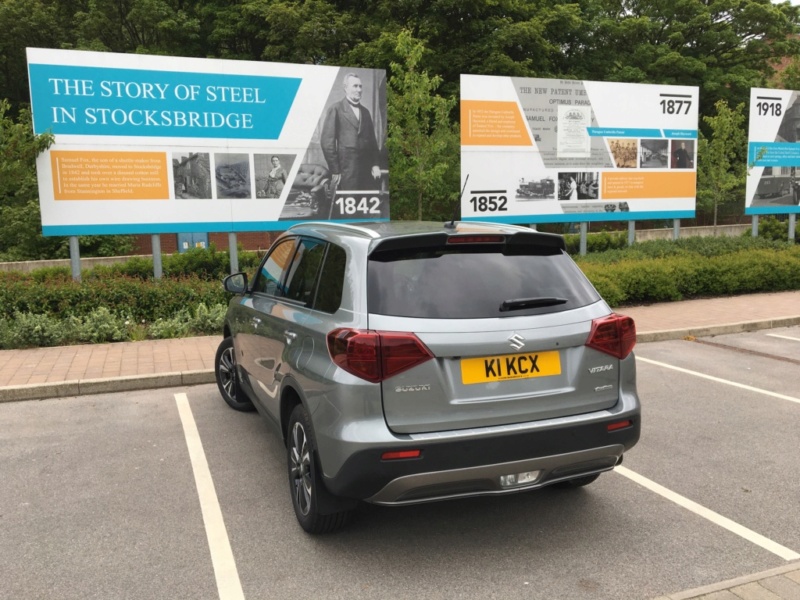 Looks better all grey compared to my grey/black, to my mind anyway.

Brilliant.. Love the plate as well.

tigersaw wrote:Looks better all grey compared to my grey/black, to my mind anyway.

Just a thought, is mine black at the top because it has a sunroof?

The black roof was an option as was a white roof, I need to update this bit here are the main colour options...

thanks for that link Karl now i know why the one i saw in the car park was a little different,as it had a black roof mine does not 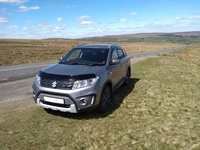 tigersaw wrote:Looks better all grey compared to my grey/black, to my mind anyway.

Just a thought, is mine black at the top because it has a sunroof?

I have a sunroof, it was a main priority, the black roof was an option, it was a difficult decision whether to go for it or not but the fact it cost money helped decide

I'll take a better picture of the black roof / sunroof combo so you can see.

To my mind it doesn't look as good as a solid colour all over, and with those stupid tinted windows I cant see out the back properly either!