Tommyp123 - Unfortunately I had a similar problem which turned out to be leaking transmission input shaft seal.
First I noticed a minor leak, I have no idea when this has been started. I hardly noticed any oil drops on my parking spot. Then I noticed that the clutch slips occasionally on 5th and 6th gear with cruise control. Oil leak contaminated the clutch plate. My 2016 Vitara S was driven about 50 000km. The whole clutch kit and the transmission input shaft seal was replaced. Thought out of warranty, Suzuki/importer kindly offered to cover the cost of the parts as a good will, I paid the work cost. I was happy with this.
Unfortunate issue, but bulk parts, such as seals can fail. 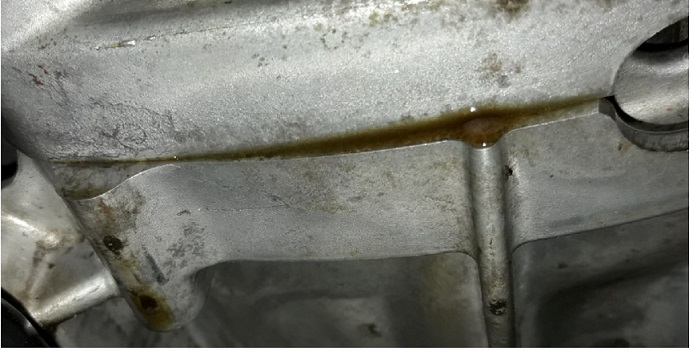 Thats not good for just over 30,000 miles! Good of the dealers to just charge labour though

I take it your the original owner from new?

Yeah mines done about the same mileage, we suspect its a driveshaft seal though. Have you had any more problems NordicVitara?

Yorkshire pud wrote:Thats not good for just over 30,000 miles! Good of the dealers to just charge labour though

I take it your the original owner from new?

Yes, I am the original owner.

The cracking seat cover has been the other problem. But no other real technical issues so far.

Though I have the same spot under surveillance as posted originally by Yorkshire pud in this thread.

I have some thick black ooze near the oil stick channel, where the rivet is visible at the head gasket.
It is not an actual spill, and it almost looks like tight pile of bitumen particles?
It has not gotten significantly worse during 20 000km period after I noticed it. Could be some minimal leak between head gasket from oil stick channel because of the
thermal expansion changes during the harsh winter seasons? Winter wears the car the most and my Vitara is four winters old

Sounds like that's been pretty reliable for you considering the conditions it gets driven in, I imagine it gets very cold where you live!

Recent winters haven't been such harsh as earlier but -30 Celsius degrees weathers are quite common atleast in northern Finland. I do have engine block heater which I use always when temperature gets under zero. Modern engines like K14C are a mix of aluminium and steel and thermal expansion might be quite uneven on engine when weather gets freezing.

NordicVitara wrote:. I do have engine block heater which I use always when temperature gets under zero.

Is that a Defa unit? Is it just the block or do you have a cabin heater too?

I do have Defa engine heater, which actually is attached to oil pan, heating the oil, not the cooling fluid.
I also have separate cabing heater on the foot well, that is Defa too. Both get the power from
the same socket at the front bumper. 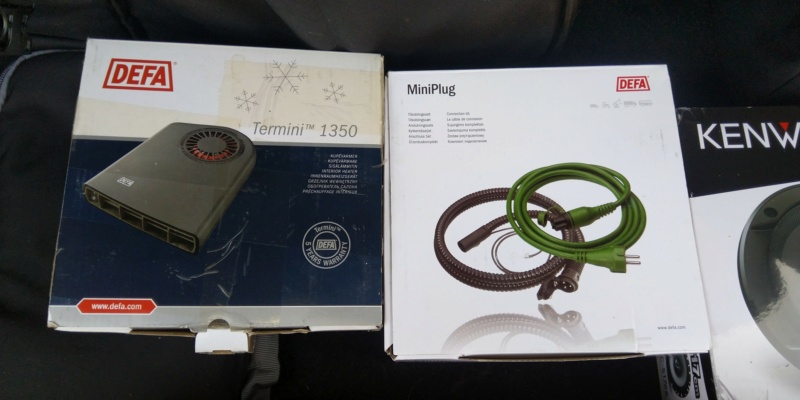 This has been in the boot of my Vitara all summer (as well as the Kenwood Speaker upgrade), I guess I should get it fitted before the weather changes

Do you have any pictures of the heater/block heater installed?

The cabin heater is mounted on this: Defa Termini Stand
It stays nicely on it's place on the foot well next to center console when placed partly under the rubber mat.

I also have this socket installed to side of the foot well: Defa interior contact

Here is the engine heater. I highly recommend it when weather gets below zero. 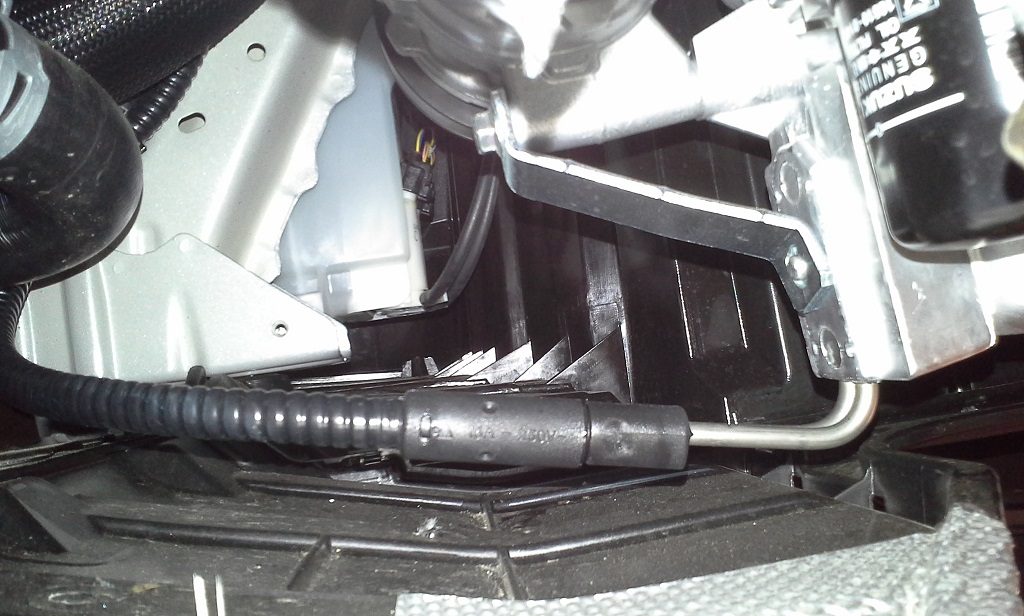 Edit- This is a little off topic, but this is how to preheat the engine oil on cold weather and maybe it prevents some oil leaks

Thank you for the link to the Termini Stand, i will get one on order, i was not too keen on drilling the centre console.... 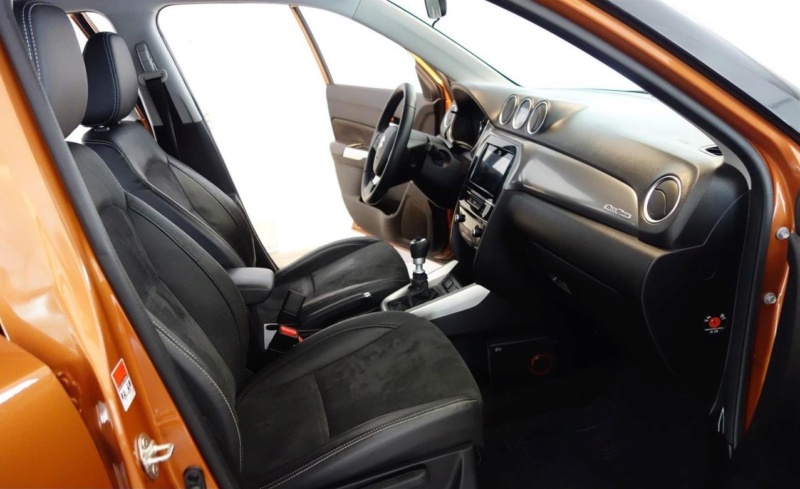 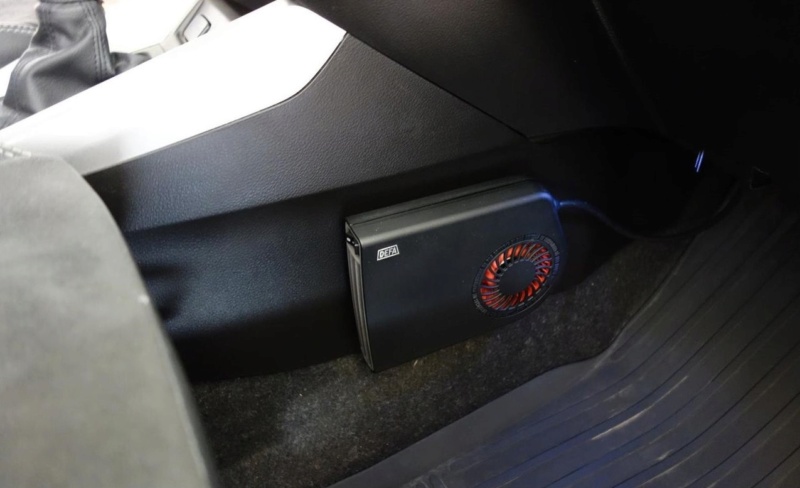 I have two Defa wiring looms/socket kits , with the stand i could mount the heater also in one of my other cars

Admin wrote:Thank you for the link to the Termini Stand, i will get one on order, i was not too keen on drilling the centre console....

I don't like to drill any extra visible holes which may later be unnecessary. Termini stand is quite handy solution. I am glad I could help

do they do a defa heater for the manual gearbox

tommyp123 wrote:Yeah mines done about the same mileage, we suspect its a driveshaft seal though.

Was it the driveshaft seal leak or something else?

It was the O/S shaft seal, same one the dealer replaced when the vehicle was new which is concerning. I'm hoping it was just fitted wrong, fingers crossed the car will be ok when I get it back, been without it since last Tuesday!

Got the car back today, so pleased to be driving it again. Hopefully it will be ok now and live up to Suzuki's bullet proof reputation!